Age at Which Children Can Use a Treadmill 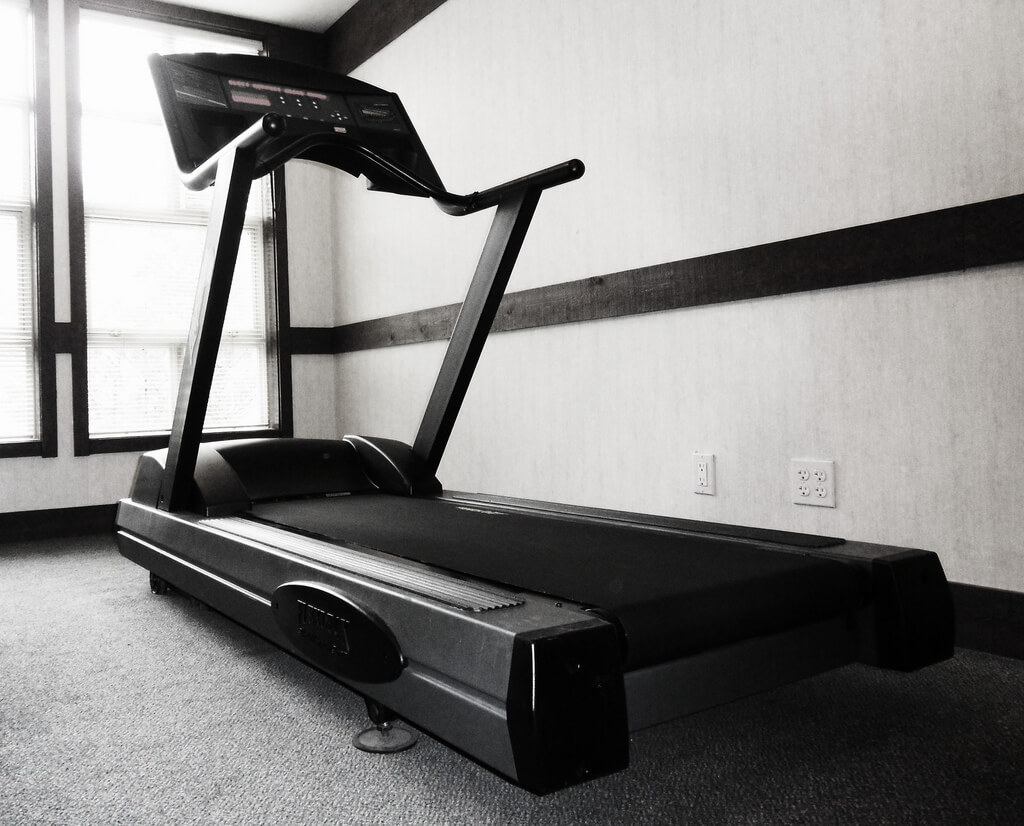 Helena asked to use the treadmill recently. The same day I was asked the question, she got into some kind of altercation with James and got thrown off the mini trampoline we have for them. Therefore, neither of her parents were excited about letting her begin using an even more dangerous home workout device.

Some of the answers I found online include manuals, bloggers, and medical websites. One owner’s manual of a similar treadmill suggested no animals or children under the age of twelve use the device or even be closer than 10 feet away. Of course, it’s pretty difficult to keep kids and really old animals more than 10 feet away from a treadmill at all times, and it’s obvious the folks who own the company just want to avoid lawsuits, but it’s a start.

The next answer was from someone asking about the 7-10 age range. The answer, presumably from a doctor or doctorly-type, was that it should be a last resort for kids who can’t exercise in any other way. In Wisconsin in winter, our kids might fit into this category, though we do have the aforementioned trampoline and Xbox with Kinect to keep things moving.

Yahoo Answers has varying opinions, including one guy who said an 8 year-old got sucked under a treadmill and got hurt, but also a lot of folks who recommend adult supervision or speed restrictions. Basically, no real, evidence-based answers on Yahoo Answers, which should not be much of a surprise.

Another website offered some suggestions to make treadmills safer, especially for first-time users. That means that we could make Helena walk and not watch TV her first attempt. We should probably also make sure she wears the safety shut-off clip. But can we be sure she will always wear it? Or that she won’t jack the speed up or that James won’t jump on with her like in the still-mysterious trampoline incident? Can she even straddle the track before she starts? What about a helmet?

Peloton, in response to a death and consumer warnings, said "the Tread+ should be kept away from children under 16 years old and pets 'at all times.'" 16 is the oldest I've seen, but maybe the Peloton is that much more dangerous.

Every child is different, and even coordinated adults have gotten hurt on treadmills. Experts seem to think that parents can kind of gauge the abilities of their kids, but I guess I was hoping for a age or height standard on top of that. My opinion is that Helena is coordinated enough, especially if we supervise to start, but I’d like to know if there are stats saying kids under 48” have a higher rate of injury, though I did find that 460,000 people were injured (32,000 hospitalized or killed) in 2012 while using gym equipment, with 66% of those injuries coming at the hands of treadmills.

Lisa added the concerns that our younger son will also want to ride the treadmill, and that they will distract each other, possibly creating a dangerous situation. And that a treadmill is an expensive device that Lisa actually uses. Kids break stuff, even if it's not themselves. As parents, we want to keep our kids safe.

Here’s what we’re going to do when we do allow her to walk: have her stand on the treadmill and see how her height lines up with controls and arm rests. Then, teach her how to use the controls, setting limits. I will look into a pad or pillow for the wall behind the treadmill. We’ll look into helmets or pads, though I have not seen any suggestions of that sort. I think the automatic shut-off clip is probably the most important element, and I might have to consider how to make it a mandatory element, like attached to something that must be worn. I know some of you are wondering whether I’m overthinking the whole situation, but the stats are scary enough to at least make some effort.