Do Heavy Metals in Fertilizers Matter? 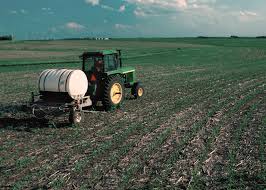 My dad was always a Miracle Gro maniac and Scott’s Plus pusher. If my grass didn’t look too hot, he’d ask which Scott’s product I was using, and then he’d laugh when I admitted that I had never used the stuff. I did try a couple of cheapo knockoffs without a lot of success, but I often told him the lawn didn’t get Scott’s and the garden didn’t get Miracle Gro because it costs money and because I was worried about the chemicals. Turns out, there’s reason to be concerned on both accounts.

Compost is better if done well because it’s free. While this won’t get rid of your weeds, it will at least help stuff grow. Honestly, my grass doesn’t grow well mostly because of some critters burrowing around under the soil and because of lack mid-day shade. Scott’s can’t fix that. Miracle Gro is tempting, especially since we have some extra right now (and just started our compost bin), but those darn chemicals and metals bother me a bit.

One person who posted to a forum said that the chemicals are basically a synthetic version of what the plants want, so it can’t be that bad. Maybe I can agree with that view of things, but when another post claimed that fertilizers not only have heavy metals but that they also act as heavy metals recyclers, I thought someone was lying on the forums again. Nope. It’s true. Washington state will let you look up the numbers. Minnesota also had an article posted that mentioned where some of the metals come from, like from steel mill flue dust and mine tailings. The results are heavy metals in the fertilizer. The one Miracle Gro I looked up seemed to be higher in arsenic than I’d like and the Scott’s I saw had higher lead levels that the others.

I do not know the PPM that make a difference. I might even be in favor of recycling in this way. I’m just not informed about the whole process, and I guess I assume most of us are in the same boat. Did you know there were extra metals recycled into the fertilizer/weed killer you use? Beyond that, does it bother you at all? Apparently, a study was done and is surrounded with controversy, so I’m guessing the best thing to do is this: continue to NOT care much about the lawn and get the compost pile going. Beyond that, I will use the Miracle Gro in moderation and not put any into my tea. I simply don’t know what the aforementioned metals or nickel or mercury are going to do to my kids, not to mention the pesticides or herbicides available.

But like Lisa says, you can’t really stop your neighbor from using the stuff, or your giant crop farmer, I suppose. I guess mostly I hope that the fact that we’re growing our own veggies and trying to eat that healthy food will counteract, at least to some degree, any negatives that leech into the foods we grow. I don't like the fact that Green Bay is mostly a dead zone all summer or that it seems like somebody's probably getting away with something, but it's really much less depressing to pretend like it's not a huge deal and go on with life, a much greener and fuller life.