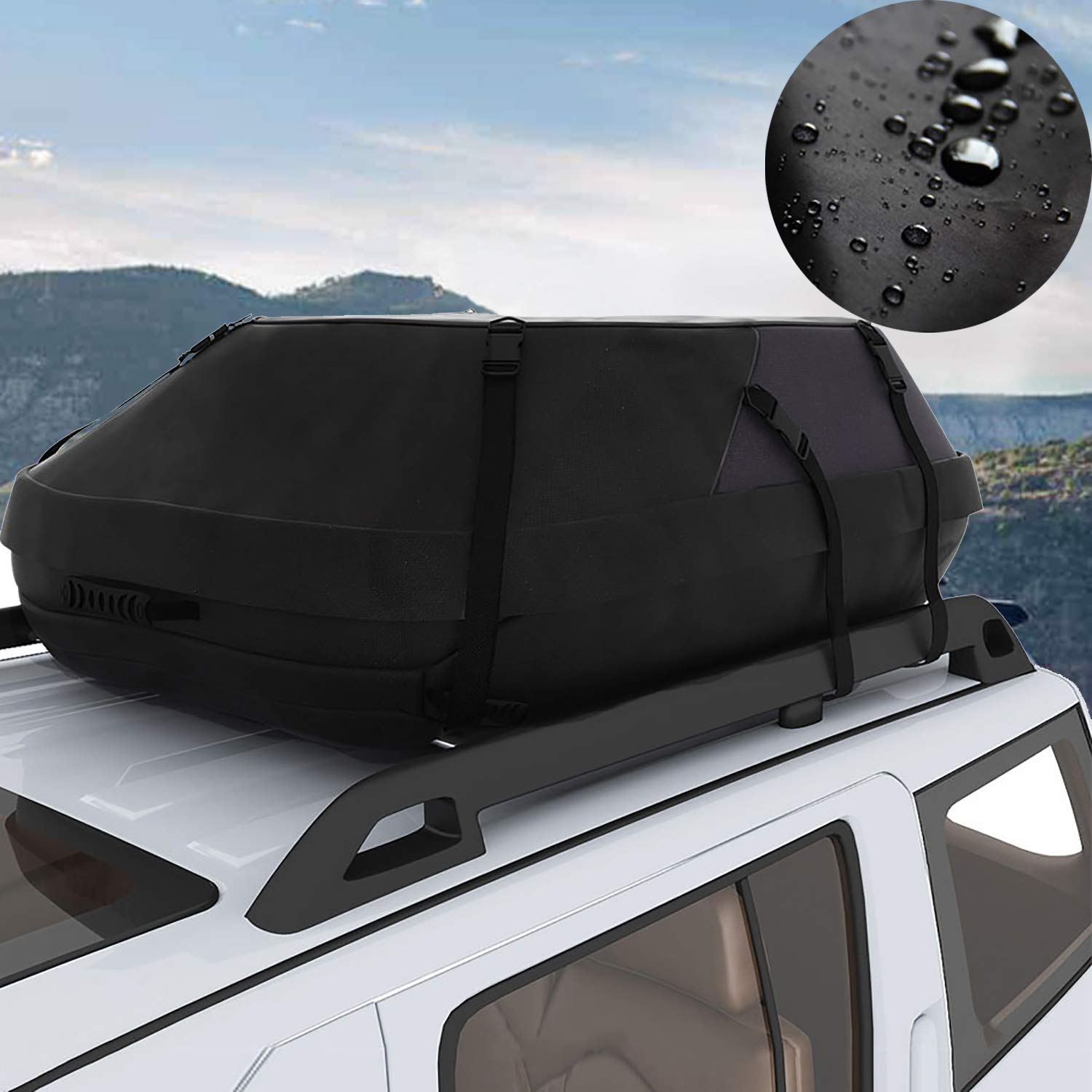 Everyone is pretty much going to have an SUV soon. Small SUV or “crossover” or big wagon, at least. These vehicles provide more space. They tend to be safer in accidents. They are fairly refined, but they can also be equipped to at least feel like they can go off roading. The problem is that people really want stylish, smaller SUVs, not the tanks of the 90s. The tradeoff is that trunk size ends up being compromised, especially if you squeeze a third row out of your vehicle. When we needed to take a long trip with lots of added luggage for my rental house, we found that a soft universal rooftop carrier was a very good purchase, even with a few issues.

I was hoping there might be a more aesthetically pleasing solution to nearly doubling my SUVs cargo space. I wanted to add a tow kit because I figured I could then eventually add a bike rack, luggage basket, and maybe even tow something someday. But adding all that was expensive, and it would have taken more effort than I needed to invest this time. Plus, anything on the back of most SUVs will block getting into the trunk, or at least make it more difficult.

The custom hard plastic car-top carriers look awesome, but they all need the crossbar I did not have. And they cost three times as much as a soft-sided carrier. I am sure they make gas mileage stay a bit higher, but you are also confined by the dimensions, which would have been difficult since I was transporting some large rugs.

I settled on a soft cartop carrier from Amazon that got decent ratings. I was a little concerned about two things: how waterproof (or water resistant) it really was and whether or not it would fly off my roof at 80mph.

I got the carrier, strapped it up to the roof rack (no crossbars), not yet tightening it down. Pretty simple, with a front, middle, and back strap on each side. I still thought that without a crossbar the wind would shove the carrier off the back of the roof, but reviews seemed to assure that it would work. I was able to fill the carrier to its capacity: 20 cubic feet. We brought the rugs, pillows, tools, ash borer medicine--lots of odd-shaped stuff. My SUV has 30 cubic feet in the trunk, so it’s not quite doubling it, but 50 cubic feet is about what you’d get in a BMW X7 with the third row out of the way, without the $75,000 price tag. I like $60 better.

We did hit rain, and I can confirm that water resistant is not waterproof. Our carrier leaked a little, probably through the zipper. I think it was because the flap that comes down over the zipper flaps up in the wind, even with the velcro to keep it down. One solution might be safety pins added to hold it in place, but then you’re creating holes, potentially. Our other solution, and it really worked fine, was to accept a little rain and put items inside large garbage bags. It rained hard, and the items still weren’t exactly soaked, but it’s a real concern.

We had no problems at all strapping this to our roof. It probably weighed around 100 pounds up there, so make sure your roof can handle what you stick in it. It didn’t move around or make all kinds of noises. When it got windy, you could feel the difference of having it there in the steering wheel, but nothing scary. I checked it the first few pit stops and then just assumed the best for the two week trip.

We got about 20mpg on the trip when I was figuring we could get more like 25mpg combined in our particular vehicle. On a 3000 mile trip and $3.00 a gallon for gas, that is an extra $90. Similar decreases in mpg seem to be confirmed in tests I found online, so it will happen to you. That’s where the rear basket option might work better if you’re going on lots of trips where you need the extra space. I also read you can strap stuff under the car without much of a gas hit, and with the height of a lot of these SUVs, that might actually be an option.

The best part about the soft carrier is that it’s now folded in a small box in the garage. I am not sure where I’d store a 20 cubic foot plastic shell. Or even a rear basket. And if you don’t have a place to store something, it often stays on the car. And if you have that extra 20 cubic feet of space built into the car, you’re also driving around with it all the time. A soft carrier is a very good temporary solution to needing a little more space, and SUVs with roof racks are made to work well with the one in this article, so it’s a purchase worth having.