7 Shortcuts to Watch Out For While Building Your Florida House 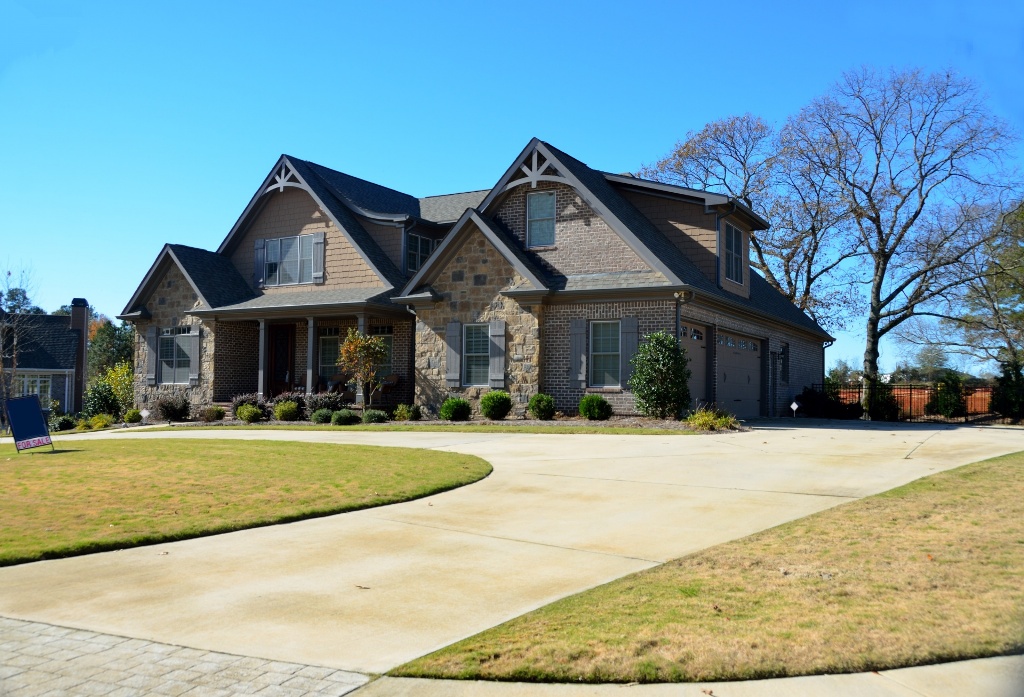 My wife and I know someone who is buying a brand-new house in Florida, and my wife was asking how soon the place would be done. Then I heard my wife say, “You don’t want them to rush.” She meant the builders. And I started thinking to myself that, no, you don’t want Florida builders to rush, but you don’t really want them to take their time, either. In fact, my recommendation was to set up a tent in the yard and keep an eye on every decision, whether rushed or lethargic. I am confident Florida contractors can make the experience interesting regardless of their completion time. Based on what I’ve seen here, I can suggest some areas of concern.

Straight Eye for the Tile Guy

Tile is big in Florida. It's cool on your feet and deals well with moisture. However, people who lay tile in Florida do not like to create lines. Maybe it's an artistic interpretation of straight. Maybe it's the sand below the foundation. Maybe it's laziness or lack of training. You would think that with the sheer number of homes with tile floors, the craftsmanship would at least be adequate. That is generally not the case. I would suggest showing up with a level and ruler during tile days at your new home. Perhaps just standing there with those tools will be inspiration enough for the workers to try a little harder.

In my house, there are generally two switches in each room. One switch is for the light and one is for the fan. Sure, some rooms have ceiling fans while others have exhaust fans, but the idea is that one switch turns on a light. In my mind, that should be the first switch in each and every room. Or always on one side, like left. In my house, it's about 50/50. Someday, I will change them to all match, and that will result in all kinds of frustration because we've already learned it all wrong. People who do not hook lights up to the correct switch most likely make other wiring mistakes, but those mistakes are all hidden inside the walls, so lucky me.

Contractors do not tend to paint in Florida. They spray. Sometimes they spray all over and sometimes they seem to run low on spray. I have toured a lot of homes with bad spray jobs while searching for a home. Granted, none of these homes were new, so I'm thinking it might not apply to those of you actually building a house. But if you're getting a flipped home, really look at the paint. My realtor had us buying a flipped house that had the absolute worst spray job I'd ever seen, and I don't think she even noticed it.. The house we ended up getting had a bad spray job, but not nearly as bad.

We bought a fifteen-year-old house with some odd hookup problems. At least one of these were original to the new home, even if not caused by the original contractor. The dishwasher, which was obviously as old as the home, had never been hooked up to drain. That's it. It filled just fine, but it never drained. For more than a decade, the PO lived without the use of a dishwasher because it was never hooked up. Weird. But that's not all. Someone seemingly replaced the thermostat at some point, but that was never hooked up to run the heat pump, which means the PO was using emergency heat for all the years after the new programmable thermostat was purchased. Our gutter was also set to drain right onto some rocks that led under a walkway, which created all kinds of dips in the grass when all someone had to do is extend the gutter out to the driveway. I guess that one might have taken a little time to develop, but builders ought to know that water will drain right under a walkway if given nowhere else to go. We also never got an outside vent for our range hood. I guess cockroaches have one less hole to crawl through, but running the fan on our OTR microwave is just kind of stupid without an actual vent. While it's not exactly a hookup problem, the original blinds were never adjusted to the actual size of the windows, leaving at least five slats at the bottom of each window treatment. I only assume this was the original builders because every single house in the neighborhood has the same blinds. Even our kitchen island never seemed to have been anchored down for a decade of previous ownership, which is a lot of time of a shifting kitchen island.

Of course, this one kind of depends on location, as well as your definition of a sinkhole. If you are down near Ocala, and you’re part of the extreme building frenzy, there’s a chance your brand new house and neighborhood will cause the new sinkholes that you’ll see in a few years. As far as I can tell, it’s mostly a gamble that you live with...not one to take lightly, but it’s there. I have read reports that some under-road utilities were not supported properly in this same part of the state, leading to the sinkholes (and those are probably the kind insurance tries to get out of covering). The problem is that you have very little control over how the roads were built several years before your home, so I’d just make sure you have a solid foundation that seems to follow whatever rules exist for those around here.

In other parts of Florida, sinkholes are often bigger and random, with absolutely no way to pevent them. The rest of the “sinkholes” people see would be settling from sandy soil and substandard fill or construction. I can currently hear a hollow area below my tile floor, which to me means that the concrete in that area has dropped a bit. That’s not really a sinkhole, but it probably eventually is a problem. Did my builder use the appropriate amount of fill with enough gravel and whatnot? If I was building a new house in Florida, I think I’d like to see the foundation being laid. (I’d probably also prefer the place to be six feet up on stilts.) Then again, it seems the general rule in Florida is to enjoy a place for less than a decade and then make it someone else’s problem, so maybe it’s not that big of a deal, unless you can’t sell a house that’s shifting sideways.

I noticed all the big-name builders in the Jacksonville area have abandoned using stucco, even though it’s supposed to be such a great material for Florida. Apparently, subcontractors will do everything in their power to cut corners on stucco (or at least that’s what they did in the 2005-2015 decade). Stucco siding was missing components to make it work properly, but, more importantly, a lot of Florida stucco from that era doesn’t even have the prescribed number of coats to make it actual stucco siding. You’re basically getting a base coat, which probably needs some other kind of siding over it, if that even works. The contractors effectively made one the strongest, longest lasting siding materials into a disaster that bites homeowners in a decade or less. If you ARE still getting stucco, talk to somebody who is putting it up, ask about the process, confirm that’s how it’s supposed to be done, and then watch it happen. Maybe a time-lapse trail cam. Really, this is huge. I know the state has done something to address bad stucco, but I haven’t heard anything about jail terms for these subcontractors, which means they are still out there, putting their own brand of stucco on homes.

One problem with needing a solid foundation, strong (maybe even concrete block) walls, and hard-surface siding, is that you can’t access much under the house or within the outside walls. Maybe it’s not a big deal all the time, but I have heard several stories of people around Jacksonville who have had to re-route plumbing because it failed and was buried under the home. That seems like a huge problem, and it’s worth your while to see if there’s a better quality pipe to use under a foundation, or whether it’s better to run all plumbing to the side of the home rather than under it. I understand basic gravity, but I’m not totally sure about all the options here. It might be worth pulling in a real, local plumber who knows the problems in the area in order to give you advice on how the cost-cutting plumbers might build your home in a way that will create future problems.

Obviously, this is not a comprehensive list of all the ways contractors in Florida can rip you off. If there’s a way, they will find it. New home builders need to be there to see the process, but I’d take it as far as getting the home inspected. Also, since my home inspector was fairly not-so-great, I’d recommend bringing over your most annoying relative who is always criticizing everything you do in order to see the place before your sign off on it. As many eyes as possible, really. Then you should be able to catch some of the problems before they happen. You might still open up a wall under the steps years later to add a closet (like I did) and find all kinds of trash and sawdust and crooked studs. Mostly, good luck in your endeavor to find honest contractors to build your new Florida home.