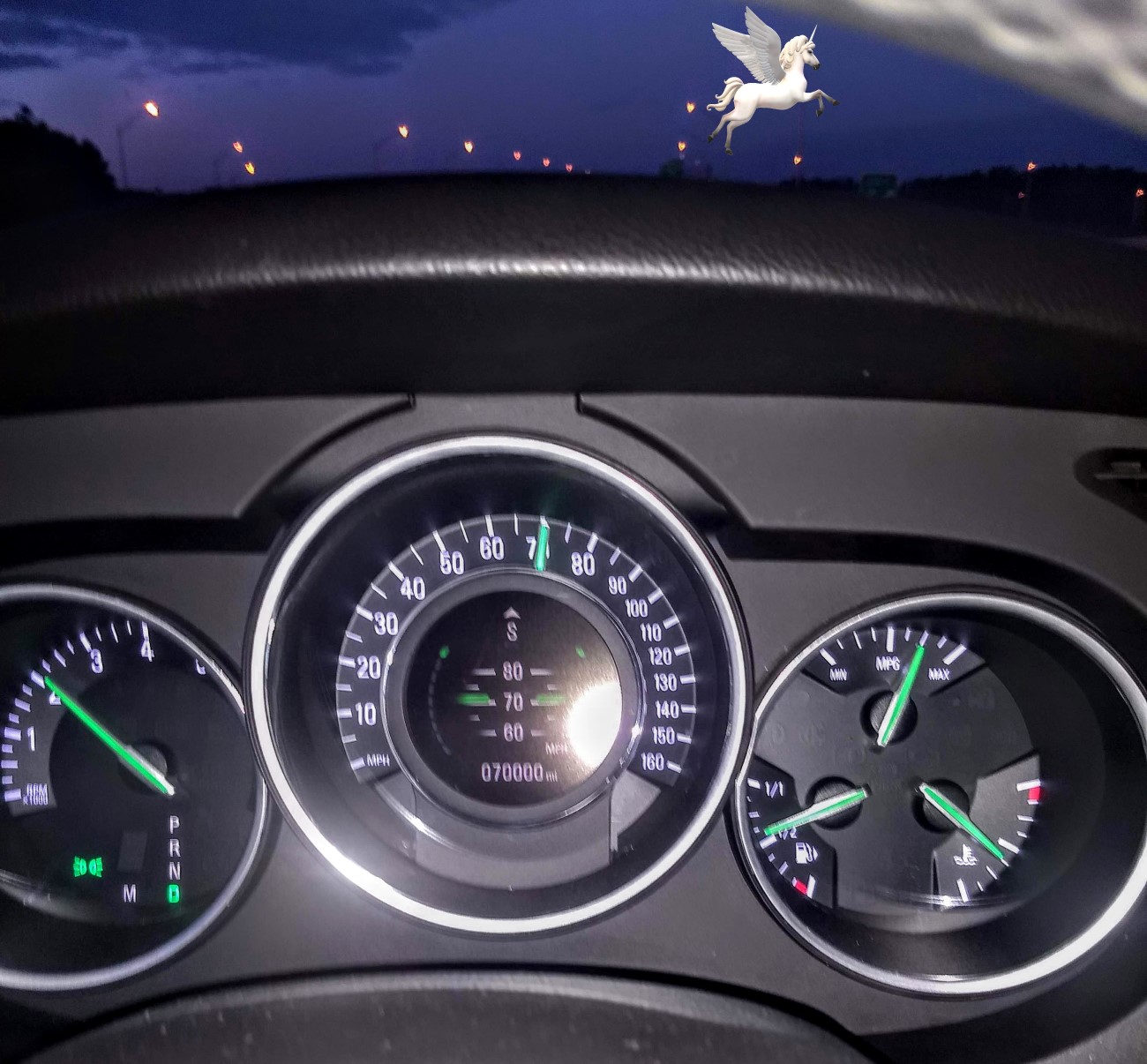 There's a lot of blame to go around, and it surely starts with me. However, I'd like to drag a few others down with me. Nothing too bad, mind you. Just dumb, annoying, and unfortunate. Like the demise of Saab. I am sure I'm not alone, and maybe Saturn, Pontiac, and Olds owners have similar issues with their absent father company, but I'm sure it's worse when the bastard child is a foreigner.

Let's start with GM, which acquired Saab. While this might have been seen as the perfect replacement Oldsmontiaturn, it didn't work. So both of my Saabs (2001 and 2011) are weird hybrids. In some ways, that's ok, since Saabs are known as weird cars, driven by dentists, architects, and some engineers (not surgeons, rappers, or CEOs). So GM was figuring cars made by  this weird car company might be odd enough for Saturn owners, swanky enough for Oldsmobile owners, and sporty enough for Pontiac owners. I guess I can also blame any decision-makers at Saab while I'm at it. And Spyker. Obama, banks, etc.

But, like I said, it started out as my own fault. I did not want to drive in a car that kept losing radio presets, with a navigation system that thought I was in Washington DC, while the clock believed I was in Sweden. So I had the audacity to want the five-year-old 803 update for my Saab infotainment head unit. And since I had a Carfax that said the previous owners had been visiting my mandated local Saabillac dealership, I also knew that it was not the obvious place to get the job done. In fact, I spoke to three official Saab service centers, and none of them knew about the half-decade old update. That's when dentists, architects, and engineers do their own work and post it to Saab forums for the rest of us to try. Sometimes these fixes work great, like when I fixed the climate control in my 9-5 for a few bucks rather than a few hundred bucks. This radio update is supposed to be like that: a free file download to upgrade the firmware

Denso, I guess, which used to be part of Toyota. So much for Delco, Delphi, or related GM failures. This one is assembled in Mexico with parts from Japan. I blame Denso because I was forced to need an update to avoid internal problems, killed the circuit board in doing the update, and had to send it to United Radio because the stupid unit is somehow irreplaceable with a junked SRX head unit, which are widely available on eBay. Actually, I’ll probably pick one of those up, since I know they’ll at least plug in and probably play music. Mostly, I was disappointed there wasn’t some kind of reset button or revert to old software option for me or the dealer.

This company was taking $800 a few years back to make a permanent fix that included the updated software for the 9-4x. When my unit was fixed (with no details as to what was fixed), I was told I would need to take it in to the dealership to have the software updated. Why in the world would that be needed if this company HAS the right Saab update right there? Just because I’m not paying for the platinum upgrade, I get stuck having to try two dealerships to get a job done that United could have completed. Also, the guy who worked on my radio was at lunch when I called at 1pm one day, and he was also at lunch when my Saab tech called him at 10am another day, so I worry for his diet.

While I’m at it, I’m going to blame the dinner recipe my wife had me make the night I was trying to get the radio updated in the first place. Because I was in and out of the house, I missed the critical time when the battery started to let me down, and it needed complete resuscitation, which caused the blown fuses and whatnot. I figured the new battery was good for it, but I forgot that I’d worked on taking out the awful home tint job on the driver’s window for a long time earlier in the day, so the battery was probably half dead when I started the update. Again, my fault there.

Sure, I’ll blame the fuses. If a jump of a car is going to potentially kill the radio, why are the fuses for the radio set to allow it? And why isn’t there an independent fuse in the radio itself? My Saab 9-5 did not have a working radio when I bought the car, which was figured into the price. Luckily, I pulled the radio and found a blown fuse, which was replaced, and it still all works five years later. Perhaps a jumpstart caused the blown fuse, but the radio itself was protected.

It sucks that I have to take my car to a dealership for most problems, since GM has exclusive rights to fixing the 2011 Saabs. My local Saab guy says their computer won’t let them choose the 2011 model year (9-5 or 9-4x). The Saab techs in Orlando were not allowed to access a certain code needed, and GM wouldn’t release that code to them. They were even on the phone with Opel at one point. United Radio would not, could not help them, either, even though it seems someone could have done this service there. All paths have sent me to the local Saabillac dealership and their 1-week plus wait time.

These shops exist all over, but if they are not allowed to do the work, then it sucks. It’s disappointing to purchase a car that should really be an SRX with a few mods that can ONLY be serviced at a dealership for certain problems. Any Chevy dealer or non-dealer should be able to see what’s wrong with a GM 3.0 V-6 or a GM (Denso) radio.

GM (or someone) pays a Saab guru to sit around all day and answer shop questions. Maybe he works out of the Saab museum or somewhere in Detroit. He was relatively useless in my quest to fix my problem, so I blame the sole living representative of Saab, as well.

Why the hell not blame Opel, too! Their techs were all asleep in bed when my tech guy called, but I bet they never called him back. I guess I don’t know why Opel has anything to do with this story, but it’s the GM in Europe connection that someone said might help my Saab guy out.

Yes, I know, it was my fault. I needed to pay very close attention to the instructions. I saw the evidence of other guys killing their batteries or installing the wrong software for their regions, so I knew the risks. And I still went ahead, since I’m a real DIY car guy, for the most part. It’s just that most of my DIY foul-ups have an easy fix, even if it’s taking it to a local car shop. Mostly, I’m saabing about this because I wanted the car to be a nice surprise for my wife, all working properly. And I wanted to prove that GM didn’t screw this one up, and that a car from a company it ran into the ground could be serviced by me or any number of local shops. I have not given up hope yet, one month into ownership.

[UPDATE] Not Me, This Time

Now that I've been told for the second time that United Radio did not fix my radio properly and that there's no way for my Cadillac Man to fix it any more than my Saab guy, I have to assume that the problem is in the fixing of the radio, even though it seems some Saab techs over in Europe were able to get around a similar update failure where the radio seems to hang during the update. Basically, United Radio seems to have fixed my radio using at least one part (software?) that was Cadillac-specific and that should have been bench tested rather than sent to me as a working radio with no invoice stating what was even done to make it a working radio.  I sent an email asking United what to do now that everyone blames them, even though they've made the most money of anyone while taking seemingly a few minutes to fix the radio while everyone else spent hours trying to make sense of their repair.

United Radio called me to say that they just add parts and that someone at GM needs to know how to make this Cadillac radio into a Saab radio with a Tech 2 tool. They also said they wished the Cadillac dealership had called them. Apparently, in 4+ hours of barely accomplishing anything and charging over $100, my Cadillac dealership did not bother to call the place that fixed the radio, so I agree with United a bit on this one. Really, with 180,000 employees, GM should have someone capable of reprogramming a working radio to do what it's supposed to do.

United had said that GM was interested in a stealership that would charge over $100 to not do anything. However, several months later, GM has not expressed any interest in offering me compensation or an apology. United went as far as finding another Cadillac unit for me, but the company claims GM needs to give them something to make it work (magic, perhaps). GM is not seemingly allowed to release said magic, or maybe it's been misplaced. I will try another email to United. If anyone has any other ideas, I am open to them.