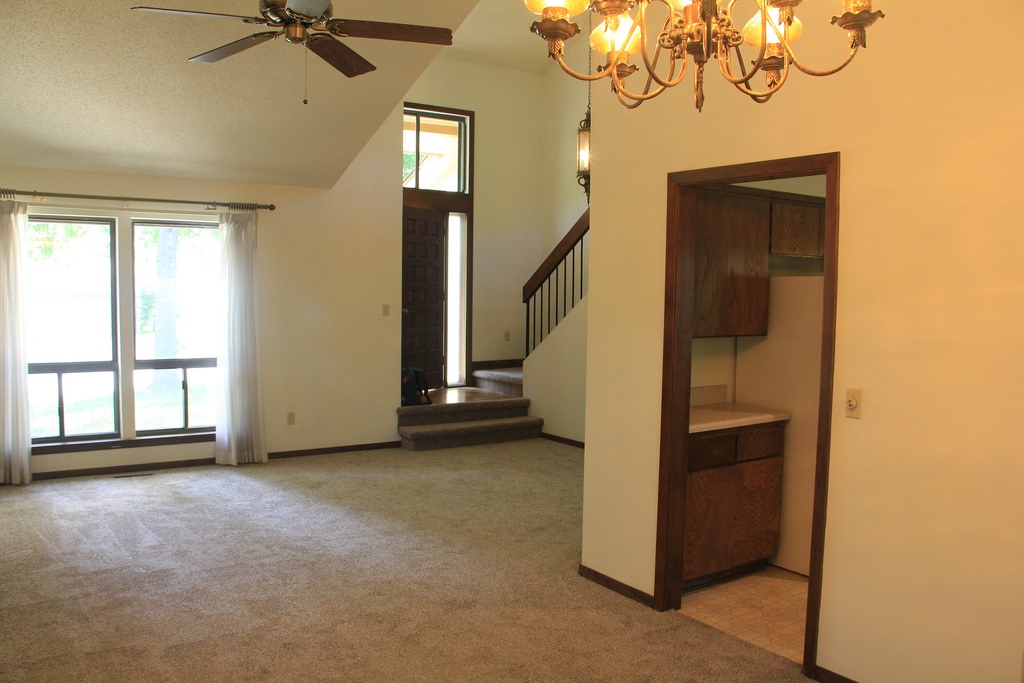 I was going to write a whole bunch comparing full-service moves to DIY options last year. This year, as we consider moving again, I also wanted to write a bit about understanding the rates charged by movers. I think there's a standard, to some degree, and I'd like to find it. But if this standard exists, it's not publicized, and that's what's frustrating.

Also, after writing this article, I found that honesty is not exactly part of the moving game.

These cost different amounts based on exact dates you choose. That means our extra-large Uhaul and our extra-large Budget (with a car carrier) ended up being about the same price, since one was on a peak weekend and the other was not. Both trucks were hard to drive and lacked working AC after the first 100 miles, but they got the job done. Therefore, if you can't afford the big movers, try one of these. With gas and rental, I think they both ended up being around $1000 for the trip from Milwaukee to Kansas City. Around 600 miles. I'd say this: you save a lot by going this route, especially if you choose the right dates, and it's the only way to move a car. My SAAB was not worth as much as it would have cost to move it with the van lines.

We also used Sterling in order to move some big items. This company has one mover/driver who hires two locals to help out. We were charged around $3,000 for this service. I don't think the rate was any better than any other mover, but there wasn't a minimum move amount to worry about. The crew was not great by any means, and two items were left upright for us to move later. Our old house had several scratches on the hardwood floors, too. However, it meant we were able to get the move done for the $5,000 we were promised.

For our next move, if we end up going, it would be over 1,000 miles. We weeded out some items, but the estimates for what we're taking is likely similar. I say full-ish service because these companies don't pack boxes for you. They just take boxes you've packed to the new location and set up the big items. This is the ballpark we can afford for at least part of our current potential move.

Using some multiples, I'd assume 1,000 cubic feet to be about 7,000 pounds. Distance is about double from last time, so it's encouraging that the rate per pound/cubic foot is about the same for Delta as for Stevens last year. However, when your employer is promising $6,500 ($5,000 last year), it probably means we have more stuff than the typical mover. I also assume that my quote for 1,000 cubic feet is kind of prorated higher because of the initial showing up, so the fact that it's more than half the other quote of twice as much might explain it a bit.

We want to avoid brokers and Craigslist movers if we can, so it will be another challenge. With all this stuff, even if it's not worth a lot, it would be frustrating to have someone hold it hostage.

What I wish was that companies that are insured and bonded and BBB-rated would just give the basic cubic feet or weight to cost ratio. I know they have them. Then it would be a little simpler to compare, rather than getting call after call because I used some service to get on their lists. Actually, Delta did provide a price per cubic foot in the estimate. I like that.

Getting back to Delta, since that SEEMED to be the best quote from those listed above. I spoke to someone who also texted me twice, seemingly not knowing that he'd talked to me. Then I emailed some questions with no response. I took this as maybe Delta Movers not wanting to put anything in writing. I also looked for the company website, and it was very hard to find, which seemd odd. Worst of all, I tried to find Delta Movers on the BBB, since the text I was sent says they are A-Rated. Nothing. I tried the American Moving and Storage Association, which is listed on the Delta website. Again, no listing. The Better Business Bureau says this:

Delta Movers is not registered with the PUCO as a household goods carrier.

The Delta Movers reviews might be legitimate. The company might be perfectly fine. The guy I spoke to (Dave) said he'd love to help me look up other companies in order to expose any of them that might be dishonest. That's either a very good sales pitch or a very ironic statement. Unfortunately for Delta Movers, supposedly of St. Louis, I will move on. They are also WMGS Corporation (W&M Global Systems), and associated with All United Movers and Storage, and also Global Movers. I'd say the name game has to do with not wanting me to find articles like these:

It's more of a dream than an option. This would have cost an extra $3,000+ on our estimates from last year. Not a huge deal, I guess, but maybe one day I'll be a big-time CEO and have a service show up with white gloves to move me.