Colleges Wasting Time Trying to Get Money From Me 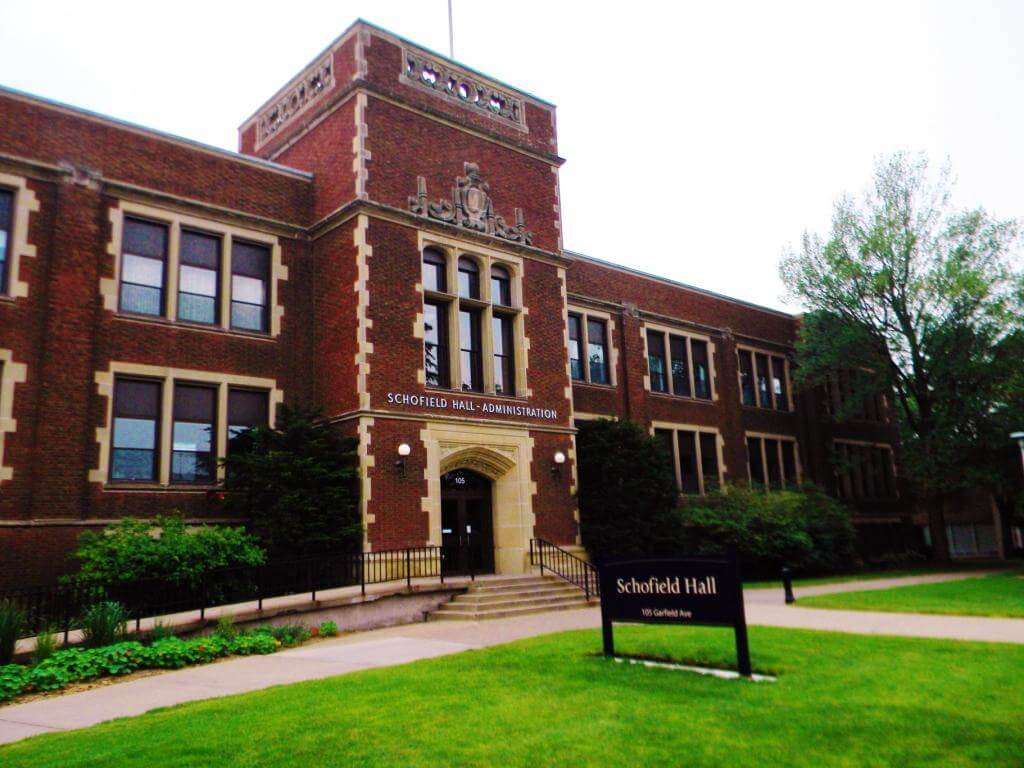 I get a 715 area code phone call about once a month. I never became friends with anyone from the Eau Claire area (and Lisa's friends have long since moved on), so we know that it's going to be our alma mater calling once again. Just like last month, and the month before, and every month since 2002 or so, UW-Eau Claire is wasting its time trying to get money from me. Let's find out why.

First off, the drive from Milwaukee to Eau Claire really sucked. I'm not blaming the college for that, but them calling me reminds me of long, boring trips in my car, often alone. It also means I have not really returned to the campus. And I'd have no reason to do so, except to drive past where I used to live or where I met my wife, but the days of paying money for a bride are gone.

Eau Claire considered itself to be the Harvard of Western Wisconsin or some such nonsense. Wait, maybe it was even as presumptuous as Harvard of the Midwest.  When nobody's around to call "bullshit," you can pretty much say anything. Donald Trump knows this, but UW-Eau Claire also knows this. Another college that isn't getting any money from me, UW-Milwaukee, has never claimed to be Harvard of the East Side of Milwaukee. People would laugh. Even if Marquette said it was the Harvard of Milwaukee, it would sound pretty stupid, but Marquette's reputation has allowed several below average acquaintances of mine get good jobs, so there's something there for graduates to care about. Not me, though. I never heard anyone who didn't attend either UW-Eau Claire or UW-Milwaukee honestly say that those two schools are any better than any other school. And the UW system is decent, so don't think I'm ripping it apart. I just feel my tuition, debt, and taxes were enough for them.

I know it's not a lot compared to other colleges, but I spent around $40,000 on tuition and books over six years attending University of Wisconsin schools. I didn't even pay to stay on campus, and I never had a meal plan, but I still think it's fair to say I paid my dues, and my loan says I still owe for my two years trying to get a Master's Degree in Eau Claire.

That's another reason UW-Eau Claire will never see another dime from me. I was told I was in a two-year MAT program that no one had ever finished in two years. That's fine if you want to make the Eau Claire area your home, but to tell a student who wants to get in and out that it can happen, and then say he should stay an extra semester or two to work on a thesis, is borderline dishonest. When I tried to find an appropriate thesis to write while teaching, I was told my ideas would not work. I was teaching, and I wanted to write about that experience, but my thesis advisor wanted it to be more like a normal English thesis, set in an ivory tower. The problem was that I was in the trenches, and the ideas he sent back to me seemed fairly useless.

The degrees themselves, really, have proven to be fairly useless to me. I was told by a school administrator that all English teachers are pretty much the same, so my French Minor, Urban Planning Certificate, and thesis-short Master's Degree were not worth anything to my school district after Act 10 in Wisconsin, before I even reached the state average underpaid teaching salary. This means that my six-plus years of college education netted me an average of about $40,000 a year for 12 years.  Conversely, my brother-in-law got a two-year IT degree and has made more money from day one. I don't think I want to give a donation to an institution that educated me while I lived in poverty for six years in order to get a job that barely dragged my family out of poverty for 12 years, only to end up in poverty for another year of unemployment. Oh yeah, Lisa has a print journalism degree from UWEC, which is akin to having a degree in Flat Earth Studies, so she's not trying to convince me to send checks their way.

To top it all off, neither UW-Milwaukee nor UW-Eau Claire published a write-up about what I was doing when I asked them to. The idea is that people read their alumni updates, and I wanted a little advertising when I started out as a web designer. Instead, I got snubbed for people who already had successful careers. I know my predicament was not glamourous for the schools, but I needed a little boost from those who took my money. Nope.

Also, neither institution had sent me a free college shirt to wear the year before, which is pretty cheap of them when you think about what they got from me.

That's why people give money. They think they got something important from the schools. Since I didn't, I'm not going to donate any more of my money to them, except that which I cannot avoid through Wisconsin taxes. I'll let that be enough for UW-Eau Claire as I continue to ignore 715 phone calls.