How to Retire Early as a Thousandaire 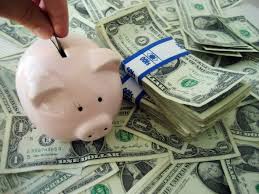 I hope nobody else sends me a link to read about someone who retired at 30 or 40 after saving 70% of savings. I understand percentages, and I know it could have worked, but not only did I just lose my job last year, but, looking back, there was no way Lisa and I were going to retire while saving 70% of our combined income, and a lot of people reading this are in the same boat. Sure, I can see sharing these articles with high school kids, but it’s a bit depressing for most of us to read, especially those of us who understand how it’s done and how it’s not entirely possible for all of us.

I will take our family as an example, partially because plenty of teacher-haters were clamouring about how much money I was making until I got laid off. Fine, we’ll look at two college-educated professionals that could not possibly have retired at age 30, or 40, even if we had saved the mythical 70%.

Wait a second. How much do you need to retire these days? For argument’s sake, let’s say we’re both 40ish and have $500,000 and 40ish more years to live. $12,500 per year to live on. Travel the world, send the kids through college. Eat? Yeah, probably not. And that was our BEST CASE SCENARIO based on what we made.

How COULD it have worked? I graduate and go to work making $100,000 a year. No grad school and not as a teacher. As a unicorn trainer. Lisa also skips extra college and makes $100,000 a year as a runway model who doesn’t have to travel, so neither of us have cars. And she models hats, not anything revealing. We skip having kids until we’re retired at age 35 and 30, at which point my parents move out of the house they’ve been letting us live in for free. Oh, then we travel the world and have all kinds of articles written about how terribly clever we are and how anyone can do it.