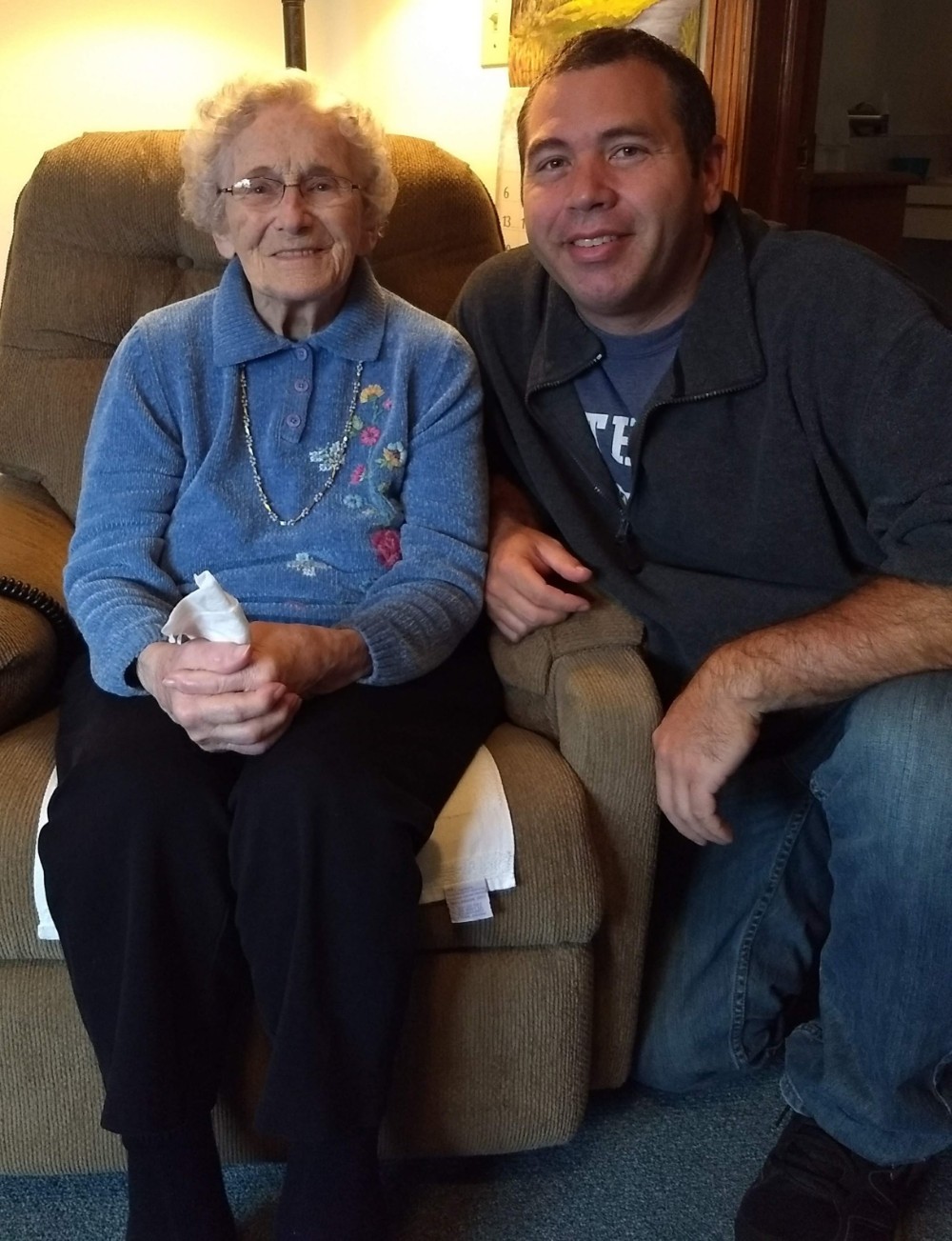 When I heard Grandma was having trouble recognizing family members who had given their time to her as she neared the end of her life on earth, I was dismayed. And when I was told that, at one point, she could only remember her own grandfather rather than those who had gathered round her to shower her with their love, I was disappointed.

But then it hit me. I imagined myself in her situation. Maybe decades from now. Maybe sooner. I imagined what might bring me peace as I drifted closer to meet my maker and further from those who might surround me. And I imagined that some of my own most memorable moments might very well include my grandma.

I might remember hot summer days on the driveway, riding in a pedal car with rusty metal trim. Or using a ridiculously large red plastic bat to hit a surprisingly hard plastic baseball down the hill. I can remember a gazing ball in the yard that I figured held magic in some way, and I suppose it did: the magic of memory.

Sometimes, Grandma seemed to speak in a different language, peppering sentences with “ach” and “in-so.” Examples of Grandma using these words: "Ach, Jason! You better not drink that second can of Jolly Good soda." Or, "Helena, I heard you decided to skip crawling and start walking, in-so." 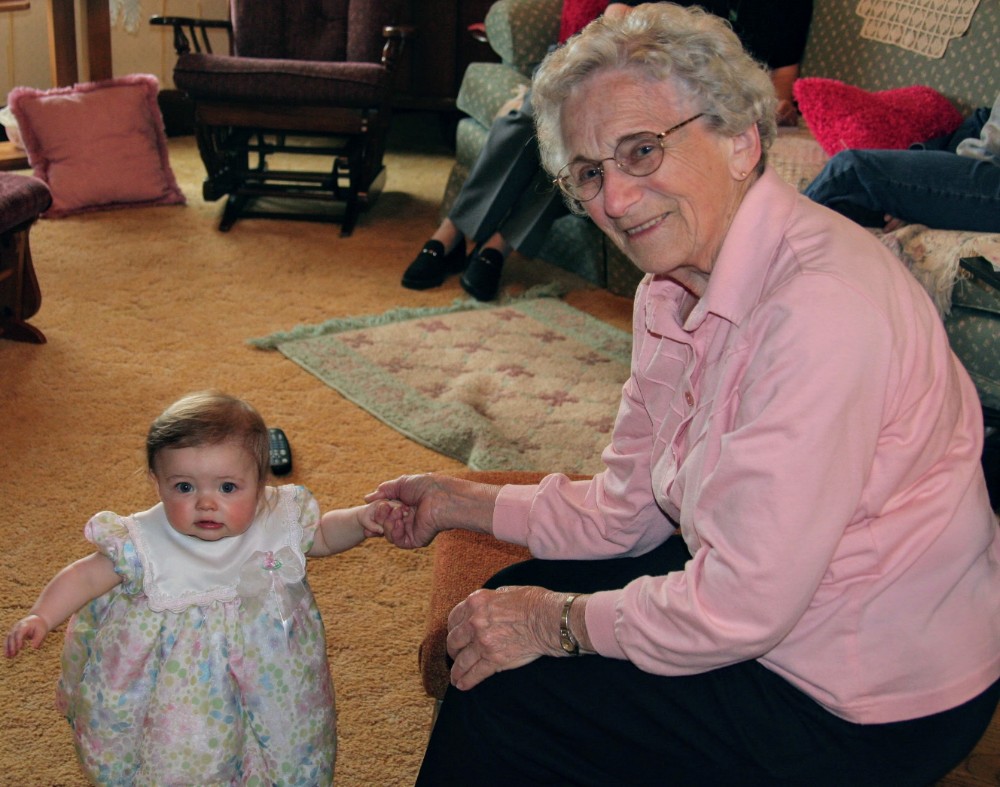 My own language was corrected once (and only once) by Grandma. I got upset about something and said, “Gosh darn it,” which probably wasn’t even close to some of the words I’d heard my dad say while watching Brewers games, but Grandma told me that I’d taken the Lord’s name in vain. She told me that the words I said represented worse words, so it was just as bad. That was the one and only time I remember getting yelled at by her, which is probably why the memories I have are ones I’ll keep until my own end. Like the dark drives home on clear December nights after our family Christmases, me with my head resting against the chilly backseat window of my dad's Vega/Malibu/Chevette/Scorpio as I look up at the Ixonia stars, brighter in a darker sky than what I would see in Milwaukee. In fact, many senses were amplified at Grandma's. Greener greens. Dirtier dirt. Smellier cow manure. More intense electric fence shocks. Quieter silences while walking through the woods.

Not every moment with Grandma was dessert bars and tortes. I can remember Grandma giving me a bath in roughly three inches of lukewarm bath water. I wonder whether she worried I would drown or be scalded or if she just wanted to toughen me up. I suppose she was concerned about my toughness when I told her the country scene depicted on the wall next to the tub seemed to have angry faces in the wooden posts. Or that the iron-rich water from her tap tasted yucky compared to my Milwaukee water.

And there was the time she bought sweet corn from the neighbors, only to tell us as we chewed through it that the neighbors were apparently selling field corn. When I asked why not take it back and complain, she told me that if they were selling field corn at the side of the road, they must have needed the money more than she did. Of course, that’s reminiscent of the story she told about the neighbor who was seen driving away from the farm as she came back from church, only to find an emptied freezer. This didn’t lead to a call to the police or a decision to lock the doors. Just the observation that if a neighbor needed the food bad enough to steal it, he must have needed it more than her.

Amy and I often stayed over Saturday night and into Sunday at Grandma’s, and I always loved the fact that she’d let us watch Benny Hill the evening before church, mostly because it was fun to laugh along with her. I enjoyed watching the dirty old men chase the pretty young girls around, mostly because Grandma got a kick out of it. Plus, I wasn’t allowed to watch that show at home. I also wasn’t allowed to have a BB gun at home, at least not until Grandma decided to get me one at Shopko a good two years before my mom would have considered it. When Grandma gave me the rules of what I could and could not shoot, I listened because I didn’t want to disappoint her. I hope I never disappointed her.

I suppose I did scare the living daylights out of her when I climbed up the silo just because it was there, but we all could laugh about it in later years. The years when I started having sporting events and friends on weekends. Then my own family. Just like every grandchild, I stopped seeing her as much as I had in the past, though we still had the family events that had Grandma’s house bursting at the seams, our bellies bursting out. Laughter, happiness, and family. A simple time in life for me, and the memories all of us grandkids will cling to as we continue to age. Memories worth having at the very end.

For Grandma, however, it was way more than the Jaeger Family Christmas and Thanksgiving and Easter. It included her brother's family, her cousins, and even some guy named Shorty. It included events at her church I never knew or cared much about. Events when we filled Fireman's Hall. Memorable events. Many of them didn't seem all that important as they happened, but all these moments put together create an enduring image of an uncomplicated time. For many of us, all with our own versions of this story. 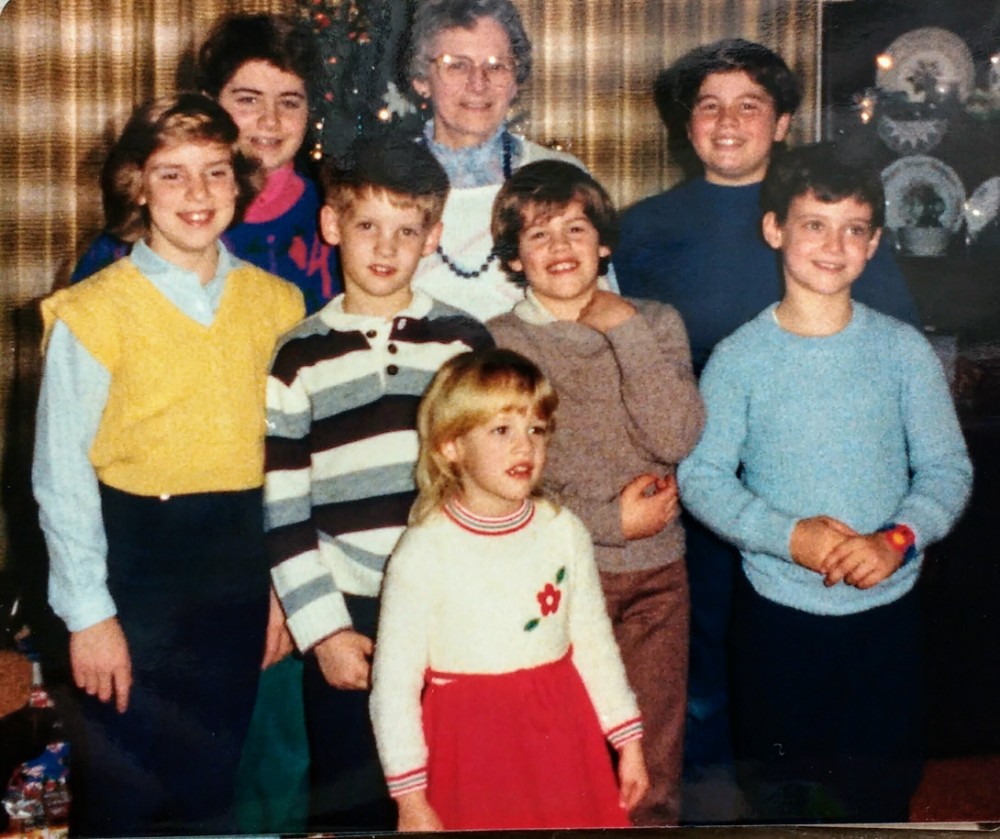 When I got together with my cousins and was asked about my favorite memory with Grandma, I couldn't offer just one. Who I am is a reflection of years of favorite memories and favorite people with whom I shared them. All of us were made better because of LaVerne Jaeger. Her three children and their spouses, including St. Mary, who diligently took care of Grandma and deserves thanks from all of us. Her eight grandchildren, spouses, and children. And other kids and adults from all around the community and church. All of us better people because of her. So she isn't the one who had to remember all of that at the end necessarily, and we don't really have to choose just one memory in order to show our appreciation for what she meant to us.

But mine, after a lot of thought, is as simple as her standing there in her kitchen, rubbing her hand lovingly over my back, not saying or doing anything in particular, maybe even holding a conversation with someone else. Not every visit or in recent years, but that's the moment for me, forever etched in my mind. The kind of moment that could very well come back to me even after I forget my own wife, kids, grandkids, and great grandkids. The kind of moment that can simultaneously bring tears to my eyes and a smile to my face. Thanks, Grandma. 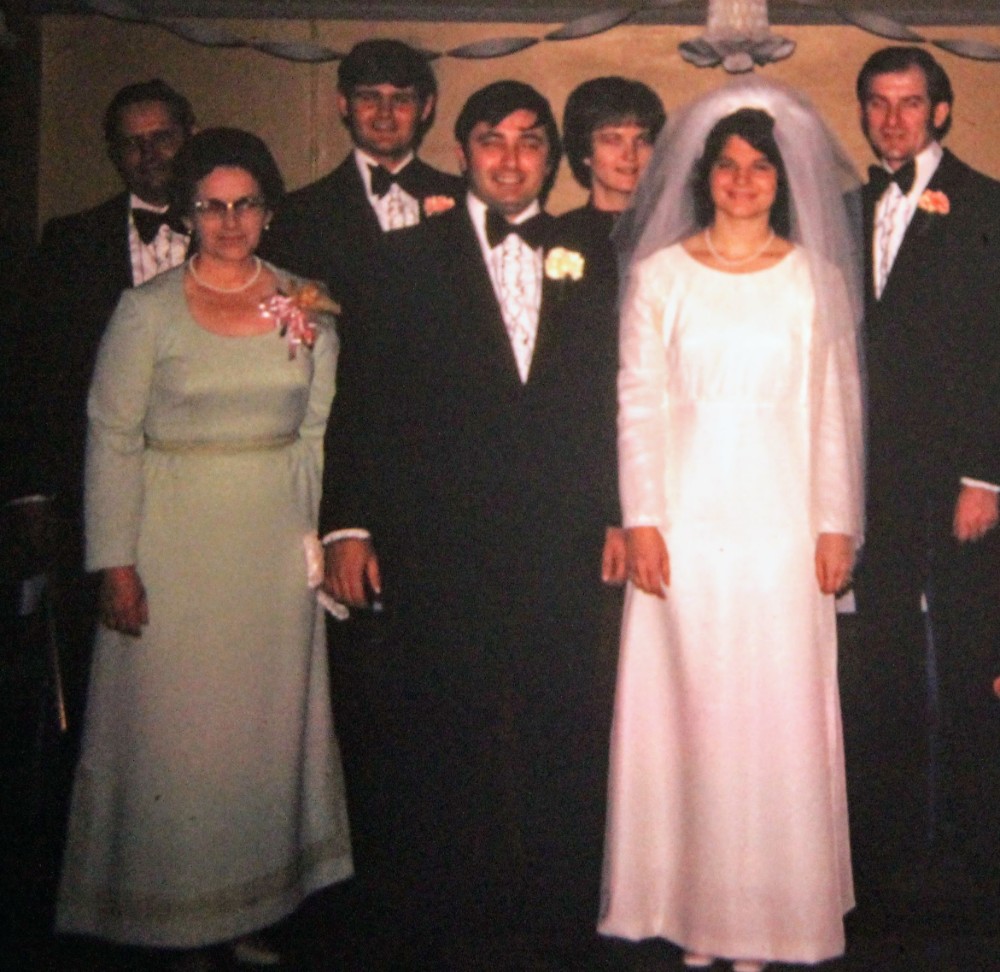