Annoyingly Shopping Before the Storm at ALDI 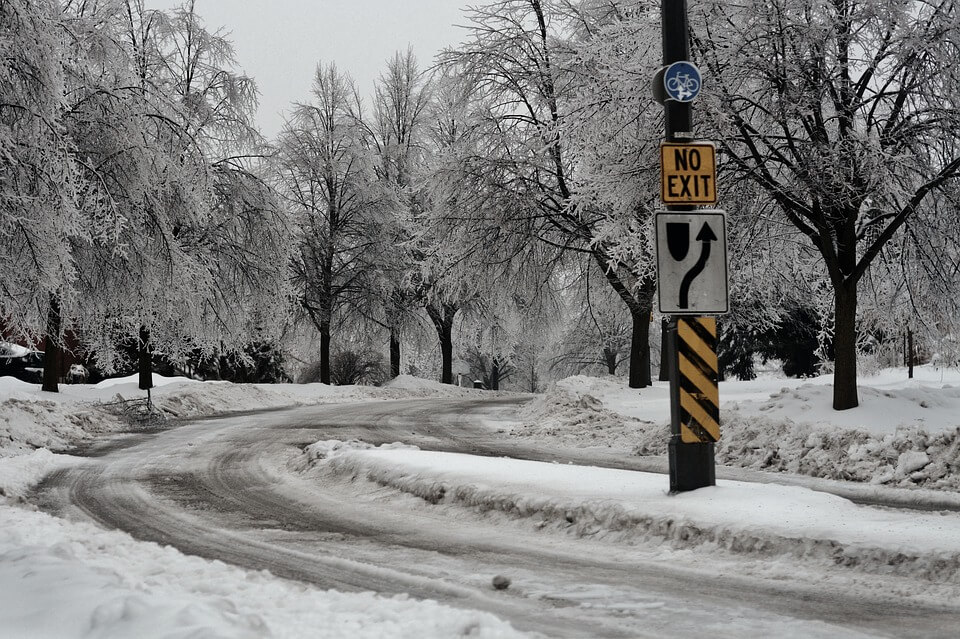 I dislike annoying shoppers, which is why I generally enjoy shopping at ALDI. People, in general, know what they want and are quick about it, since it's a grocery store with four aisles. However, even ALDI gets winter storm shoppers, which I realized today when I was sent out by my wife who was off on a potential-ice-storm-vacation.

Let me start with the fact that I was partially one of those annoying shoppers today because Lisa wanted canned pumpkin, and not the pie filling. That's pretty specific for ALDI, and it's not exactly one of the staples you need for a few days without heat or electricity. I also have to admit that the most annoying shoppers I've met recently were at a grocery store in Missouri: two men were planning a party. I'm not sure why their planning of this party and discussing of the people attending annoyed me, but it did. Also that they thought they were so darn fancy with their choices, as if all the guests were so lucky to be invited.

My storm shopping day did not involve party planning guys. That wouldn't make any sense. Neither did some of the other shenanigans, but there they were. It started with Impossible Mom. The mom who drags three or four kids to the store. The kids hang all over the cart, ask for everything, and generally act as reminders to the rest of us why we stopped at two. I think there were a couple of Impossible Moms in the store. The kids are generally what gets on my last nerve, but both of these Impossible Moms were also pretty, which adds to the annoyance. And their kids weren't even misbehaving, and that's probably worse than if they acted like animals.

The next person I ran into, literally, was Lady on the Phone. This is the person who somehow gets lonely while shopping for groceries and needs to be talking on the phone. Not when she's at home later. Not in her car. As she walks through the grocery store, and runs into me. As if her conversation was more important than concentrating on her own shopping. The only thing that could have made it worse would have been if she was using the speakerphone. Textaholics are a pain, too, so don't get me wrong. But they're more like zombies and easy to avoid, unlike Lady on the Phone, who just rumbles around the store like a 70s mom would have rumbled around the kitchen with one of those 50' phone cords.

Others who I saw at ALDI at the pre-storm circus included several annoying people who decided they needed to shop for all kinds of other stuff rather than anything they could possibly need because of the storm. For example, one young man was there purchasing TWO bottles of Febreze. I could not imagine the scenario that would require two large bottles of Febreze, before, during, or after an ice storm. I also saw several people shopping for towels and other housewares. Not blankets and first aid kits. Then again, as you might recall, I had been sent at least partially in search of canned pumpkin, so I was part of the polution rather than part of the solution.

I did not spend a lot of time analyzing the shopping habits of others during this trip. I almost made it out in record time before I rememebered we needed bread and lost my place in line, only to have Lady on the Phone standing behind me by the time I get settled--she had literally talked her way through the entire store. I didn't see anyone with salt or shovels or other winter items, but I'm also not sure if that's the kind of items that can be found at ALDI. I myself purchased an emergency generator there several years back. It's sitting in my shed now, and it won't start, which is sad and ironic. Probably like those bottles of Febreze will be for the guy buying his emergency gear.