Bring Back My Bunny To Me 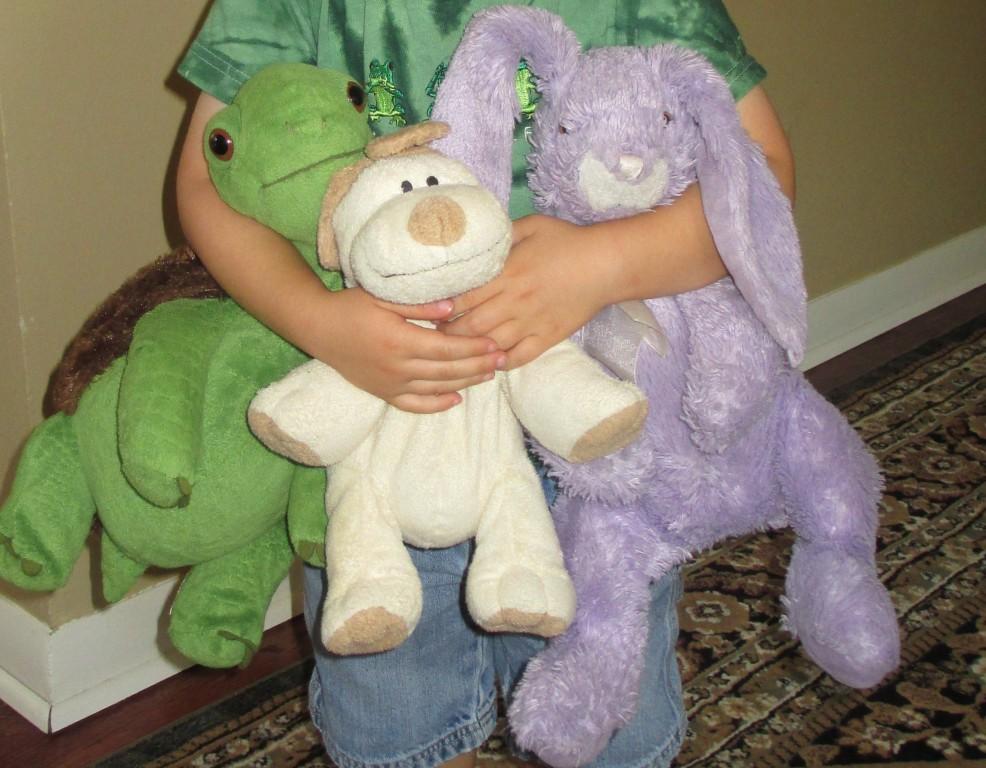 Purple Bunny, James’s prized stuffed animal, is missing. We realized Bunny was gone when we pulled into a Super 8 in Someplace, Minnesota. I searched the car three times that night, and then we looked again in the morning, looking one more time when we got home. No Bunny. However, we do have an itinerary from which to work, starting in Custer, South Dakota.

I’ve already contacted the Super 8 in Custer, the most likely place for Bunny’s escape. If he’s there, he’s hiding, possibly scared without his buddy. We’re hoping he comes out if that’s where he currently resides, but we have also expanded our search, since James swears Bunny was in the car when we left the hotel.

Our first stop on Saturday was Jewel Cave outside of Custer. We are hoping that if Bunny fell out in the parking lot that he is now hanging out in the gift shop and that he has not found his way into the dark cave. Our next stops in South Dakota included a stop at the Conoco in Hermosa on our way to the Badlands. We actually took State Highway 40 and a few dirt roads into the national park from the south. We are hoping that if Bunny got out along Hwy 40 that he is enjoying the view and appreciating all the other discarded items around him on the road. In fact, he’ll probably be fairly happy out there.

We also exited the car roughly ten times in Badlands National Park, so we’re hoping Bunny made it to the ranger station there if he got out and went for a hike. We’re also hoping Bunny watches out for rattlesnakes if he’s there (the warning signs freaked Lisa out).

While we might have stopped at a rest stop on the way, the next stop any of us remember was at the Burger King in Mitchell, South Dakota. However, we did stop at both a Super 8 and Motel 6 in Sioux Falls (both of which were full), though only I got out of the vehicle at that point, so the Burger King would be the most likely spot for Bunny to be hanging out if he got out.

We are hoping that if you find Purple Bunny, you will use the contact form on this website in order to let us know. We will pay for his voyage home. We know Bunny is just as lonely as James right now, and we’re hoping that he finds his way back home. If he doesn’t, we hope that he finds another little boy (or girl) to be his new best friend. If you’re out there, Bunny, James misses you.