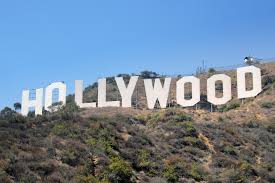 Maybe I never wrote about Hollywood contacts I, but this is going to be my second push to see if a real person will help me out a little bit. My first foray was in contacting my second cousin. He mostly responded that he didn't know much about the screenwriting end of things but that he'd be happy to try to answer questions. I told him that I didn't have a whole lot of questions left, but I did have three scripts that are just as good or better than most of what is generally made in Hollywood, and maybe he'd throw me out there if it comes up in conversation. To that he did not actually reply, but since he's an artist-type, I will assume he might surprise me someday.

However, waiting for a second cousin I barely know and trying to figure out interns working the studio YES/NO buttons for virtual pitches that I've purchased seems to be getting me nowhere fast. I also contacted a former student who spent several years in Hollywood and then headed to Texas to become a teacher. The most he did was confirm my friend request. No answers about what it was like or if he had any contacts. Maybe he lacked the fond memories. I tried other local contacts, with a producer of local crap theatre ignoring a Facebook message/friend request and a former UWM alumni working in New York as a producer of such re-hashes as The Heathers: The Musical also ignoring me.

In fact, I guess I at least like Virtual Pitchfest because they can't totally ignore you. I have been totally ignored via electronic contact by so many people that I would like to electronically pimp slap them. Maybe even gorilla pimp slap....That felt better.

My other future attempts, once this current one fails, will be a former friend from high school who works in LA and does filming and a former student who is starting out as a filmmaker, as well. Oh, and Erica from work's uncle was/is a producer, so maybe I'll try his casting couch. I will also be going to a local meetup, but my goal is really to get some national attention for the scripts, not just local. But local would be fine, too.

Anyhow, to the current attempt to get noticed or make a connection that works. This is the letter I wrote to a cousin of a friend who makes a living in Hollywood making mostly music videos and short films/commercials. I don't know if he's super-connected, but he's found a nice niche and made a name for himself, so maybe he's ready to help someone else out a little bit. I just need one person to like one of my three scripts and make the standard minimum pay in order to stay out of teaching another year and get my name in the mix a little bit.

I have been friends with Jeff and Nancy for several years, even co-teaching with Nancy for some of the time. We especially enjoyed teaching our Film and Novel class together. When I met with them for a Brewers game recently, I was excited to learn that Jeff had contact who had been so successful in Hollywood. He told me there might be a chance that you’d consider ways to help me out with some of my ideas.

Short version is that I am an English Major and creative writer who became a teacher (and then a laid off teacher). But I was always really a writer, even when the kids came and my wife went part time. Now, instead of teaching and trying to make time for writing, I write and try to make time for making money (building websites and doing manual labor). My best-selling book is a teaching unit that combines Catcher in the Rye with Rebel Without a Cause, not my poetry, short stories, or scripts. But I do have the other writing, and it’s better than my lessons.

In the past, I had mailed a few of my screenplays to California with no response, and I have contacted a former student and tried two virtual pitches with no response. I hope that you are someone who would be interested in these screenplays or know someone who might be interested, so I will briefly describe each film. I am also providing the files.

That’s it. Three finished scripts. I’m working on every story ever told about West Allis, Wisconsin right now, I’ve got several other ebooks and websites that I’ve built, but three fully-finished scripts hoping for a chance to show someone how good they could be.

Thank you for your time and any help you would be offering to extend.

I also updated my query letter that I will be sending to a few more studios/agents via Virtualpitchfest:

As a teacher, I saw a lot of students who were afraid of that blank sheet of white screen with a little blinking black line. They wanted the paper to write itself, or they wanted me to give them the ideas they needed in order to fill in the template. I taught regular English classes in addition to creative writing classes for twelve years as an educator, but the most exhilarating feeling I get is when I open a new document and see that blank screen because it represents my opportunity to add to the body of work as a human being. While teaching, I gave up on opportunities to publish work or promote myself. However, now that I am self-employed as a web designer and freelance writer, I spend most of my day trying to get others to see at least a glimpse of the passion and skill I have developed over the years.

Eighth Grade Ends - The World Probably Doesn’t is a coming-of-age film not unlike The Sandlot or The Bad News Bears with a bit less baseball. It has elements of Fast Times at Ridgemont High without all the sex. You might even think of it as Sixteen Candles without the fairy tale ending.

Casey is the main character, and he likes to hang out with Brian on his paper route. They talk about girls and video games, like most eighth grade boys. Casey has been pining for a girl named Mary for several years, and he thinks that this is the year to make a move, since he attends a small Catholic school with her now, but the next year will see them at the massive Catholic high school together. Some of the conversations take place on the paper route or in crazy old Mrs. Adelman’s house, but a lot of the action also happens at the paper station, where reputations are won and lost, and where Brian often tries to time his paper pickup to coincide with meeting Dayna. Casey and Brian have a few sleepovers, mostly drinking Mountain Dew, playing video games, calling a friend named Michelle, and raiding Brian’s sister’s friends’ suitcases, but they do learn about booze because of an abandoned bottle of peppermint Schnapps and about sex because of a borrowed video from a friend at school. Eventually, Casey does get the girl, but his jealous nature and lack of experience lead him to lose her almost immediately, so the movie shifts into a story of getting revenge and trying to better the next guy. The problem is that some of those guys are coach’s sons, drive cool SUVs, or are generally hardcore criminals. In the end, Casey still thinks that he missed out on the love of his life, even though the right girl for him (Michelle) has been listening to him all along, leading to the big graduation dance drama.

Set in the late 80s or early 90s, this film will appeal to adults trying to remember a simpler time, before jobs and kids. However, the current generation will also see it as a lesson in how to navigate middle school just as blindly and awkwardly as their own parents and grandparents had done before.

An eighth grade boy must navigate paper routes, rival boys, and recreational sports in order to try to land the girl of his dreams, even though he’s looking in the wrong places.